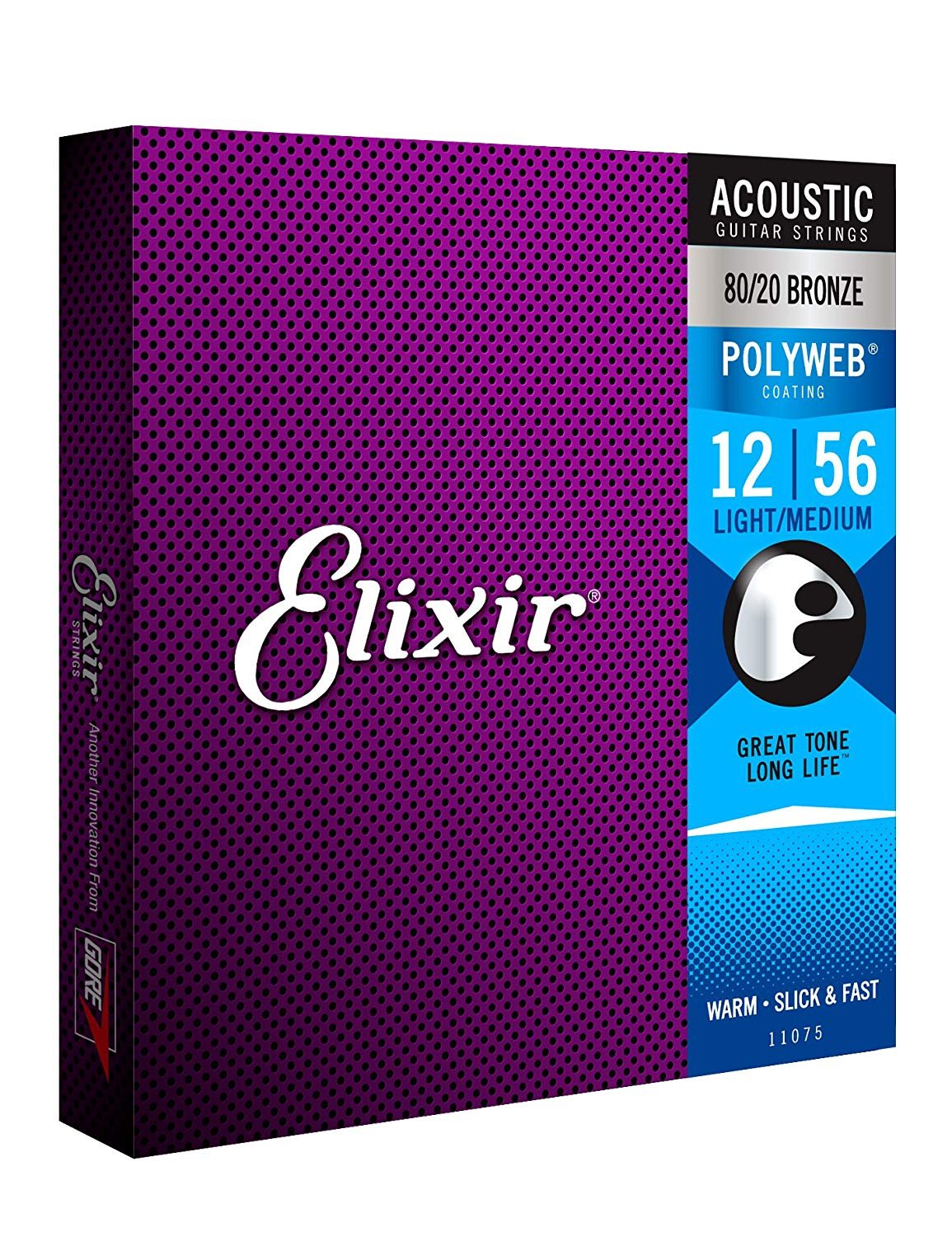 The way your strings sound has a lot to do with what you normally can’t see. While both of our patented coatings reduce noisy finger squeak, they also cut down on a large number of other pesky annoyances common to your average uncoated string. Sweat, skin, dirt, and even air, for example, can do a lot of damage to your strings. And if you live in a hot, humid area, the moisture in the atmosphere can wreak total havoc on your strings’ tone life. But with Elixir Strings, you’re getting world-class protection that’s engineered to endure.

POLYWEB Coating was our first coated string innovation all the way back in the '90s. It tends to warm and mellow the string’s tone and has a fast, slick feel that’s gentle on the fingers, which lets players keep jamming without the strings getting in the way. As a response to players who said they prefer a more traditional feel, NANOWEB Coating was then designed. This ultra-thin coating allows a brighter, crisper tone while offering the same amount of tone-life protection as its predecessor.

Unlike other string brands, Elixir Strings coats the whole string. This protects not only the outer string surface but also the gaps between the windings where common tone-deadening gunk typically builds up in other brands’ coated and uncoated guitar strings. That’s why Elixir strings retain their tone longer than any other brand’s string, coated or uncoated. Simply put, build-up and corrosion kill your tone, and Elixir strings protect against elements that cause build-up and corrosion. All while sounding exactly how you’d expect a premium set of strings to sound.

Corrosion protection between wrap wire windings is all well and good, but you may be asking yourself, 'What about the strings that don’t have a wrap wire?' And we’re proud to tell you, don’t worry—we’ve got those covered too. Literally. With our signature Anti-Rust Plating, even your plain steel strings defy the elements. This ensures longer tone life not just for your coated wound strings, but for your entire set. When we say you’ll have more gigging, jamming, touring, or practice time between string changes, we mean it.